Postscript: Since posting this blog, we have moved on, and produced a slim volume of research findings on the subject of How to Control Your Anger, Anxiety and Depression, Using nutrition and physical activity.***

This book provides some clear guidelines regarding those foods which need to be excluded from your diet, in order to be healthy and emotionally well.  It also contains lots of stimulating ideas to help you to produce your own ‘personalised diet’ and exercise plan. And we have expanded Part 6 to provide a comprehensive guide to how to change any habit, so that readers can actually make the kinds of changes to diet and exercise approaches that appeal to them.

If you’re one of those individuals who has been waiting for the book to be published, then you can get the paperback here, for less than £10.00 GBP!

This book has proved to be popular with both self-help enthusiasts and with professional counsellors and psychotherapists, who want to be able to help clients whose disturbances are partly or wholly caused by problems with their nutritional or exercise approaches.

For more information about this book, please click this link: How to Control Your Anger, Anxiety and Depression: Using nutrition and physical activity.*** 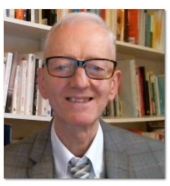 There is now a growing consensus that there is a significant link between diet/nutrition – on the one hand – and ‘mental health’ or emotional wellbeing – on the other. (For example, see Mental Health Foundation; and  Mind UK.

I first began to take this emerging insight into account in dealing with my clients, perhaps twelve or more years ago.  Out of my curiosity about this link, I created what I called my Stress and Anxiety Diet.***

In her webinar, Dr Kaplan reviews 2,600 years of folklore and modern science to explore the link between nutrition and mental health.

The science of nutritional deficiency

In the realm of science, she presents evidence that, just as deficiencies in single nutrients can cause physical diseases (e.g. scurvy), they can also cause psychological/psychiatric symptoms.

She begins her science section with a look at the dire consequences of citrus deficiency: the development of a disease called scurvy, which killed 40% of the crews of ships that sailed without lemon juice.  In 1774, citrus was shown, in a randomized control trial of six potential treatments, to be superior.  But it took 264 years before citrus was made routinely available to all sailors.

Subsequent studies showed that single nutrient deficiencies could, and would, cause psychiatric symptoms, of which Kaplan mentions four:

The widespread recognition that these psychiatric conditions can be caused by single nutrient deficiencies is beyond dispute.  As Dr Kaplan points out, the DSM acknowledges that niacin deficiency can cause neurocognitive disorders.

[i] Brogan, K. (2016) A mind of your own: The truth about depression and how women can heal their bodies to reclaim their lives. London: Thorsons.

[ii] Perlmutter, D. (2015) Brain Maker: The power of gut microbes to heal and protect your brain – for life. London: Hodder and Stoughton.

[iv] Enders, G. (2015) Gut: The inside story of our body’s most under-rated organ.  Scribe Publications.

Vitamin B3 deficiency and the disease of Pellagra 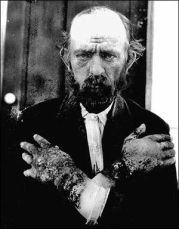 The most obvious symptom of Pellagra is rough skin, or dermatitis of an extreme form.  According to Dr Kaplan, this disease was first described in 1735 in Spain.  But it was not until 1914 that Dr Joseph Goldberger realised that Pellagra was not an infectious disease, but that it was in fact linked to diet.  By 1937, it was precisely linked to niacin (or Vitamin B3) deficiency.  As a result, some governments began to fortify food with vitamin B3, to prevent this disease.

However, as mentioned earlier, Pellagra symptoms were not restricted to the skin, but also affected the brain-mind of the victim, causing mental disturbances sufficiently sever for sufferers to be admitted to psychiatric hospitals.  And Dr Kaplan cites one American hospital which estimated that 1 in 5 admissions from 1930-32 were solely due to Pellagra psychosis.

Much of this psychosis was caused by over-reliance on maize as the staple of the ‘poor man’s diet’.

What does this tell us about the stigma of ‘mental illness’?  Are we misrepresenting nutritional deficiencies as ‘madness’?

My own mother was hospitalized for depression when I was about twelve years old.  The one thing I know for sure about those years is this: We were all seriously malnourished!  (Of course, we must not get into the trap of swapping one ‘single cause’ of emotional distress for another.  We subscribe to a holistic model, in which diet, exercise, self-talk, relaxation, meditation, sleep pattern, family of origin, current relationships, environmental stressors, economic circumstances, housing circumstances, and so on, all play a role in determining the individual’s capacity to regulate their emotions; and certainly there were a lot of stressors [financial and relational] in my mother’s life at that time!)

Dr Kaplan, in 2007, co-authored a paper on Vitamins, Minerals and Mood[7].  This is what the abstract said:

“In this article, the authors explore the breadth and depth of published research linking dietary vitamins and minerals (micronutrients) to mood. Since the 1920’s, there have been many studies on individual vitamins (especially B vitamins and Vitamins C, D, and E), minerals (calcium, chromium, iron, magnesium, zinc, and selenium), and vitamin-like compounds (choline). Recent investigations with multi-ingredient formulas are especially promising. However, without a reasonable conceptual framework for understanding mechanisms by which micronutrients might influence mood, the published literature is too readily dismissed. Consequently, 4 explanatory models are presented, …. These models provide possible explanations for why micronutrient supplementation could ameliorate some mental symptoms[8].”

Dr Kaplan next moves on to present the result of the Minnesota Starvation Experiments, from 1950, which demonstrated that, when a group of normal, healthy students were deprived of a nutritious diet, and placed on 50% of normal nutritional levels, they developed symptoms of depression, hysteria, irritability, self-mutilation, apathy and lethargy, social withdrawal, and inability to concentrate. (Keys, et al, 1950)[9].

The link between nutrition and mental health is therefore, quite clearly, beyond dispute.

PS: Soon after posting this blog, I got this response on Facebook:

Shannon Joy Glasser “I changed to a vegan diet about a year and a half ago, and I have experienced SIGNIFICANT improvements in my health, depression and anxiety. I’m a firm believer!”

PPS: And there are now randomized controlled trials (RCTs) which demonstrate dietary changes are more effective than social support interventions for reducing and eliminating the symptoms of depression:

PPPS: Finally, just in case you naively believe that ‘antidepressants’ can cure depression, please take an eye-opening look at The Emperor’s New Drugs.***

That’s all for today.  More soon.

[1] Here’s one online address where you can watch the video: https://www.hardynutritionals.com/videos/36-continuing-medical-education-series-nutrition-and-mental-health-part-1

To study this material for CE credits, then please go to the Mad in America site, here: https://app.ruzuku.com/courses/

[2] Wernicke’s encephalopathy (or Wernicke’s disease) is the presence of neurological symptoms caused by biochemical lesions of the central nervous system after exhaustion of B-vitamin reserves, in particular thiamine (vitamin B1).

[3] Korsakoff syndrome is a chronic memory disorder caused by severe deficiency of thiamine (vitamin B-1). Korsakoffsyndrome is most commonly caused by alcohol misuse, but certain other conditions also can cause the syndrome.

[4] Psychiatric manifestations of vitamin B12 deficiency: a case report.

Psychiatric manifestations are frequently associated with pernicious anemia including depression, mania, psychosis, dementia. We report a case of a patient with vitamin B12 deficiency, who has presented severe depression with delusion and Capgras* syndrome, delusion with lability of mood and hypomania successively, during a period of two Months.  Source: https://www.ncbi.nlm.nih.gov/pubmed/15029091

(*Capgras Syndrome, also known as Capgras Delusion, is the irrational belief that a familiar person or place has been replaced with an exact duplicate — an imposter (Ellis, 2001, Hirstein, and Ramachandran, 1997).)

[5] Myxoedema psychosis, more colloquially known as myxoedema madness, is a relatively uncommon consequence of hypothyroidism, such as in Hashimoto’s thyroiditis or in patients who have had the thyroid surgically removed and are not taking thyroxine.  Source.***

(* nicotinic acid noun BIOCHEMISTRY: A vitamin of the B complex which is widely distributed in foods such as milk, wheat germ, and meat, and can be synthesized in the body from tryptophan. Its deficiency causes pellagra.)