Dr Jim’s Blog: What are the linkages between psychology and psychotherapy, on the one hand, and literature, on the other…?

I recently posted some comments on LinkedIn on the connections between psychology and literature, and the effects of literature upon my own therapeutic journey.

Sometimes my second thoughts are better than my first; and on this occasion I think there is certainly a need to clarify some of my positions: 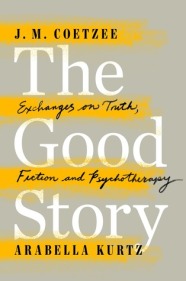 Firstly:  When I wrote that I had learned more from literature than I had ever learned from my academic studies, I think this was only true of my life in my twenties and up to the age of 33 years.

In my teens, I had looked at the tens of thousands of books that were stacked from floor to ceiling in some of the book shops along Aston Quay, in Dublin City, and I despaired of ever being able to read even a tiny fraction of that mountain of literary and pulp fiction wordage.  So I veered towards reading non-fiction for several years.  Indeed, in the main bookshop I used on the quays, I began to buy second-hand books that looked at psychology subjects, and I was very interested in hypnosis, and the inferiority complex.

From about the age of 22 years, I read a lot of economic and politics.

But, around that time, I did find some significant fiction books that had a huge effect upon my emotional development.  And, when I was 27 years old, i read Dostoevsky’s ‘The Idiot’.

Secondly: Beyond the age of 33 years, I began to take seriously the study of psychology, beginning with person-centred counselling; and then Transactional Analysis; and then Gestalt therapy. And eventually studied 13 different systems of counselling and psychotherapy.

Years later I studied Claude Steiner’s ‘Achieving Emotional Literacy’, which I found to be very effective teaching of emotional intelligence, including the development of empathy.  However, nobody who has read any novels by Charles Dickens would try to deny that Dickens teaches empathy by evoking it, while Steiner teaches empathy by delineating it.

Carl Rogers’ writings call for empathy, but I learned how to feel it from reading Dickens, Donna Tartt, Ursula Le Guin, Kurt Vonnegut, and many others; including Dostoevsky and Graham Green.

Thirdly: Here is the bit that I missed in my earlier posts.  The discipline of ‘literature creation’ is always informed (in my view) by the leakage of psychological theory into the public domain.

How can I support this claim? 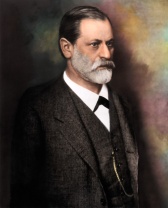 One way to do so is to look at D. H. Lawrence’s novel, Sons and Lovers, which suggested that the main character had an ‘Oedipus complex’ about his mother.  I wrote about this in my own semi-autobiographical novel like this:

‘When Sigmund Freud saw the play, Oedipus Rex, in Vienna, in the late 1890’s, he found himself believing that he, personally, had lusted after his own mother.  He then subsequently inferred that this must be a universal law of sexual development, which applies to all sons – which it is not.

‘Because D.H. Lawrence adopted this idea of Freud’s, in his semi-autobiographical novel, Sons and Lovers, the idea has become generalized that young men commonly suffer from an Oedipus complex.  But Lawrence did not get this idea from reflecting upon his actual relationship with his mother.  He got it from his wife Frieda, who had got it from Otto Gross, “an early disciple of Freud’s”.[1]  And he misleadingly inserted it into the heads of his readers, thus distorting their understanding of the most fundamental relationship in human society.”

In this case, the psychologist – Freud – misleads us, because he was influenced by his misreading of *Greek Literature* into believing in the universal lusting of sons for their mothers. (The Greek myth does not claim that this is a universal tendency, but that it was a most unfortunate accident which befell Oedipus,which was facilitated because he had been misled by his servants into thinking his mother was dead). 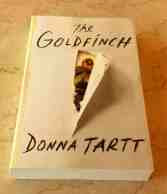 On the other hand, I got a much better sense of guidance on healthy love between a mother and her son from Donna Tartt’s novel, The Goldfinch.  And, again, I wrote about this in my own semi-autobiographical novel (or story), like this:

‘The most extreme pain arising out of my (Jim’s) sense of loss of a loving connection to my mother came when I was reading The Goldfinch, an extraordinary novel by Donna Tart, just a few months ago.  Theo Decker, the main character, is a twelve year old boy, who is in trouble at school, for being associated with another boy who was caught smoking.  Theo and his mother have been called in for a meeting with the school staff.  It’s raining heavily as they leave their apartment building, in Manhattan, so they take a cab, but have to abandon it near the New York Museum of Modern Art (MOMA), because the cab seats smell foul.  Then, because it is still raining hard, and they are running early for their school appointment, they decide to shelter in the MOMA, and look at some of Theo’s mothers’ (and his) favourite paintings.

‘Throughout this process, Theo describes how handsome/ beautiful his mother looks; her fashion sense; her art appreciation; and how she speaks to him – and has often spoken to him – respectfully, playfully, joyfully, artfully, maternally but also increasingly as though he were an equal adult; or an increasingly equal person. And he describes all the wonderful moments of shared experience they have had.  I begin to get the feeling of an intense sense of love for his mother – which is reciprocated – and which has nothing in common with Freud’s ‘Oedipus Complex’ twaddle.

‘This is just plain ordinary liking and loving of a type which I never experienced with my mother – (and not even with Ramira, my first wife, who hurt me and insulted and offended me for the six years of our marriage). Theo Decker loves his mother, and she loves him; and that was like a blow to my solar plexus, which brought tears to my eyes: the realization that my mother never showed any such love for me; and often treated me worse than I would treat a stray dog!’

Fourth: I suspect that most of the influences of psychology that seep into literature, and from literature, into the public imagination, are more positive than negative. Perhaps it would be correct, and helpful, to say that literature popularizes and humanizes psychological theories, but we do need psychology as a discipline to inform all of us. Common sense cannot substitute for psychological research.  But we should never forget that psychology owes its origins to *philosophers* like Plato, Aristotle, Locke and Hume; as well as Freud and Klein; Skinner and Watson; Ellis and Beck; John Bowlby; and today, Allan Schore, Daniel Siegel, and many others.

And psychological theory is just that: theory, which has to be applied and revised; over and over and over again; from generation to generation; and to be reformed and rejigged to take account of insights coming from other disciplines; like sport psychology; nutritional psychiatry; neuroscience; sleep science; and on and on.

Fifth: I did not invent the idea that there is a link or affinity between psychotherapy and fictional literature.  Indeed, Arabella Kurtz (a British psychotherapist) and J.M. Coetzee (a South African novelist) co-authored a book of exchanges, titled “The Good Story: Exchanges on truth, fiction and psychotherapy”, London: Harvill Secker: 2015.  Here is the briefest of extracts, to make an important point:

Arabella Kurtz: “The stories we tell about our lives may not be an accurate reflection of what really happened, indeed they may be more remarkable for their inaccuracies than anything else …” This truth applies as much to the stories our clients tell us (counsellors) as it does to the stories we make up about who we are, and what we do with our clients in sessions.  “But they (these stories) are simply all we have to work with, or all that we know we have; and we can do a great deal with these stories, particularly if we take the view that there are truths, of the subjective or intersubjective kind, to be revealed in the manner of telling”. (Page 63).

I believe we are story-tellers in a sea of stories.  We benefit, as humans, by reading the stories of our fellow humans, and telling our own stories; and not just by reading the theories that come out of the psychology lab, or the ‘sanitized reports’ that some therapists produce as ‘clinical research’!

Common sense cannot substitute for psychology and psychotherapy research and development; but neither can third-person, passive voice reports of abstract numerical quantification substitute for stories that warm and move the human heart!

PS: If you want to see the kind of range of ideas that I write about, please go to Books about Emotive-Cognitive Therapy (E-CENT).***

That’s all for today.