On this page I have assembled a brief list of some of my main inspirations for a good approach to coaching.  These are some of the key individuals and organizations that have helped to round out my approach to coaching, which actually comes from extensive reading and application of coaching ideas over a period of more than twenty years.  Even before coaching became well known, I was already working as a learning coach, and a mind-management coach. 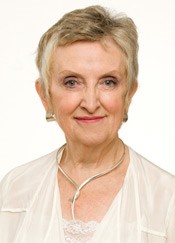 Jenny Rogers is one of the UK’s most experienced executive coaches. Her clients include the Chief Executives and Directors of some of the UK’s most well-known organisations. Her book “Coaching Skills: A Handbook” is now in its third edition and is acknowledged internationally as the ‘Bible’ on how to coach successfully. As well as running her own practice, Jenny has trained many hundreds of coaches. She is a popular speaker, giving master-classes on coaching and allied subjects. She is also a supervisor.

Paul McKenna is a hypnotist, television broadcaster and an author of self-help books.

Recently Paul McKenna has been involved in the research and development of the Psychosensory therapy of Amygdala Depotentiation Therapy (ADT), otherwise known as Havening with Ronald Ruden and Stephen Ruden, presenting seminars to health care professionals in the UK and USA. He specialises in working with post-traumatic severe trauma, pain control and emotional overwhelm.

I combine the physical with the emotional to produce dynamic results. All change starts in the mind. If you can see it with your mind you can achieve it in your body, in your finances, in your career or in your home. I help you to gain clarity of focus on exactly what you want and work with you on a plan on how to get there – quickly, efficiently and with less stress.

Life Coaching provides a safe place to explore thoughts, feelings, dreams and emotions. It provides strategies to move forward and get you unstuck and most importantly provides accountability so that you stay on track.

What is Coaching? – From Skills-You-Need

General information about coaching, including definitions and distinctions.

Put simply, coaching is a process that aims to improve performance and focuses on the ‘here and now’ rather than on the distant past or future.

While there are many different models of coaching, here we are not considering the ‘coach as expert’ but, instead, the coach as a facilitator of learning.

Glenn’s interest in hypnosis came about after sharing the bill with a stage hypnotist, when he was a professional musician playing in a band. He took this interest further and studied for two years with the British School of Clinical Hypnotherapy as he wanted to learn hypnosis to help and heal rather than entertain.

He began producing his first hypnosis tapes in the late 1990s, primarily to support his ever-growing number of clients. His passion for hypnotherapy combined with an extensive recording knowledge, enabled him to produce unique, high quality hypnosis recordings.

He has 20 years’ experience as a clinical hypnotherapist in one to one therapy sessions, and in recent years he has worked with many high profile and celebrity clients. In May 2011 he was made a Fellow of The British School of Clinical Hypnosis in acknowledgement of his achievements in the world of hypnotherapy.

Barbara Sher is an American career coach, a speaker, career/lifestyle coach, and best-selling author of eight books on goal achievement. Her books have sold millions of copies and been translated into many languages.

She has appeared on Oprah, The Today Show, 60 Minutes, CNN, and Good Morning America and her public television specials air regularly in the United States. She lectures at universities, Fortune 100 companies and professional conferences all over the world.

The Association for Coaching (AC) is a leading independent, and not-for-profit professional body dedicated to promoting best practice and raising the awareness and standards of coaching, worldwide. “Our purpose is to inspire and champion coaching excellence, to advance the coaching profession, and make a sustainable difference to individuals, organizations, and in turn, society.”

They are an inclusive organization, with members from over 50 countries, made up of professional coaches, training and coaching service providers, internal–organization coaches, plus organizations that are building coaching cultures. 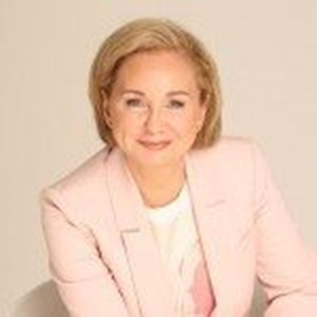 Fiona Harrold’s childhood was spent in Northern Ireland during ‘the Troubles’ of the 1970’s. Her family was Catholic, at a time when Catholics were treated as second-class citizens. There were no Catholics in positions of power. No Catholic police officers, civil servants, and no ministers. No role models. She could have just accepted the message that she was somehow not good enough and didn’t deserve better. Instead, she was raised in an environment of “Why shouldn’t I?”

She explains that she learned to live without limits and never to think that those in authority were better or knew better than her, and that’s why someone from a working class background with no formal training can coach people from all walks of life: Lords and Ladies, politicians, public figures and CEOs.

She runs a private coaching programme, a group programme called ‘Starmaker’ and she has a team of coaches who provide a personal mentoring service.

Established in 1999, The Coaching Academy is now the largest training organisation of its kind in the world. They are proud of the reputation they developed since they started when coaching was a relatively new phenomenon and there weren’t any other UK based training organisations for coaches. They consider that they are at the forefront of coach training and chosen by more people who want to professionally train in the practical skills of coaching than any other organisation. They give this feedback: “98% of attendees on our live training days rate the experience as above average or excellent”. The MD, Bev James, trained with The Coaching Academy herself, attending one of the free 2 day coaching courses back in 2005 after having experience as a delegate and a student of the Coaching Academy.