From the pages of Mad in America:

A new study finds that biological explanations for depression, including the disproven “chemical imbalance” theory, lead to poor expectations of improvement and more depressive symptoms after treatment. 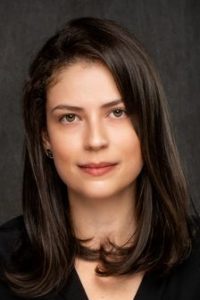 A new study, published in the Journal of Affective Disorders, found patients who believe that a chemical imbalance in the brain causes depression to have worse treatment outcomes. The study was led by Hans S. Schroder, a post-doctoral researcher and clinician at the Harvard Department of Psychiatry.

The results of the study, which included a sample of 279 persons attending an intensive behavioral health program in the United States, found that the endorsement of the chemical imbalance theory of depression was associated with poorer expectations of treatment and lower perceived credibility. Additionally, the researchers found that a belief in biological causes for depression was predictive of a greater presence of depressive symptoms at the end of treatment. Schroder and his colleagues write:

“Our findings are in line with accumulating evidence that some biogenetic beliefs, like the chemical imbalance belief, are linked with poorer expectations for improvement, especially among those with the most troubling symptoms.”

Many different explanations for the causes of emotional distress have been proposed. In recent years, the psychosocial model, which emphasizes the relationship between the environment and individual characteristics, has been widely accepted. However, biological explanations remain popular and are endorsed among mental health professionals and service users alike.

Despite growing evidence that biological explanations for emotional distress do not reduce stigma and lack scientific credibility—there is no evidence that chemical imbalances cause mental illnesses in the brain—this belief remains widespread. The defunct chemical imbalance theory, which was widely promoted by drug companies, remains prevalent on mental health websites and has been connected to both increased antidepressant prescribing and increased difficulty withdrawing from antidepressants.

Schroder and colleagues argue that beliefs in biological explanations can have adverse effects on treatment outcomes. Research suggests that persons who explain their emotional distress through chemical imbalances in the brain may feel less hopeful that they might get better and less in control of their recovery process.

According to the authors, the chemical imbalance explanation leads to an essentialist understanding of emotional distress, meaning that individuals believe that their difficulties arise from traits that cannot be changed: “biogenetic beliefs and explanations may inadvertently promote prognostic pessimism,” they explain. Additionally, the chemical imbalance explanation leads to lower treatment expectations for psychotherapy and higher expectation that medications may be beneficial.

For more, please go to Mad in America.***