Dr Jim’s Blog: Reflections upon the journey of becoming a potent counsellor 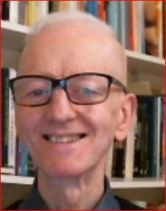 It’s about six weeks since my previous blog post, and I wanted to reach out with some kind of communication about what is going on with me.

Firstly, I am still waiting for our new, co-authored book to arrive at Amazon.  And so I am also catching up on lost sleep and rest which resulted from the ‘big push’ to get the book finished in time for Christmas.

Then I find myself thinking about ‘where I go from here’.  I have several writing projects lined up ‘on the back burner’. But I have to rest for a while, in preparation for the next writing marathon.

So I find myself ruminating about aspects of my journey – through counselling and psychotherapy – which do not fit neatly into any of my future writing projects.  And one of those is the tension between Attachment Theory and Psychoanalysis. Firstly, I have read some of the core texts on Attachment theory, by Bowlby, Ainsworth, Main, Holmes, Wallin, and even, to some degree, Fonagy.

I believe Attachment theory is a crucial part of the counsellor’s basic education.  We have to be able to understand the ‘child in our client’ – not just in the Transactional Analysis sense, of scoring ‘high’ on child ‘ego-states’ (which means the client spending a lot of time and energy in those personality fragments, or ways of being, called Rebellious Child, Adapted Child, or Free Child).

To have an attachment sense of the client is to sense whether they are secure or insecure in their relationships with others; and if insecure, are they ‘avoidant’ or ‘anxious-ambivalent’?  David Wallin (2007) has outlined a range of ‘ways of being’ for the counsellor to adopt in relation to clients with different attachment styles.  Being ‘a secure base’ for the client is the core of this work.  And being able to ‘re-parent’ the client, from a position of being a ‘good enough’ parent-substitute, which means the counsellor must have achieved a ‘secure attachment style’ themselves.

Attachment theory seems to me to emphasize the ways in which the client was shaped by his/her social environment, before s/he could think or ‘decide’.  The environment is much more powerful than the individual’s ‘innate wiring’, and so they get to have the shape provided by their actual family of origin, rather than there ‘pure potential’! I had a partial psychoanalysis when I was twenty-two years old, because I lacked the emotional intelligence (given my family of origin – Byrne, 2009a)[1] to handle some interpersonal conflict which proved too stressful for me to be able to cope with.  My analyst tracked my problems back to my “relationship with my mother” – and, after many, many years, I figured out what that meant, and how to work on it!  Then, when I was training in counselling psychology and psychotherapy, I studied Freud and Jung’s theories of human disturbance and how to remediate it.

Apart from studying Richard Nelson-Jones’ take on Freud’s psychoanalysis, I also read some of Freud’s own papers and books[2].  From this reading, I formed the view that Freud – probably like most theorists – did not reach any ‘final theory’ in his lifetime – but rather he continued to evolve his views.  My impression this this: If ten individuals were to dip into the writings of Sigmund Freud, at different points in his development, they would most likely come away with ten very different views of ‘Freud’s theory’ of psychoanalysis.

It seems likely that his theory of ‘innate instincts’ is broadly valid, so long as we recognize that they are heavily shaped by the social environment of every new baby that enters the world.  Elsewhere, I have shown that he got aspects of his own theoretical under-standing badly wrong.  For example, the super-ego (or over-I) is clearly an internalization of the mother (and later, the father, and other ‘controlling others’, like teachers, older siblings, other relatives, and so on).

Because he missed that point, he also failed to get that the ‘ego’ (or feeling of ‘being-an-I’; or sense of self; self-concept; personality of the individual) emerges out of cumulative, interpretive experiences of the baby encountering mother, and later others, over and over and over again.  Throughout most of his life, Freud was probably largely engaged in id-psychology: or the fantasy that people are primarily driven by their innate instincts; as opposed to how those instincts are shaped by social experience.  Towards the end of his life, it is said that he began to recognize the importance of ego-psychology (in which the child ‘internalizes an external ‘object’, such as mother, father, and others).  (Gomez, 1997)[3].

Elsewhere, I have argued that Freud misled himself and the world by over-emphasizing human sexual development – which plays a role in our overall personality formation, for sure; but not the determining one that he thought – and he thereby downplayed other major sources of human disturbance, including power relations, and traumatic losses and disturbing failures; as well as the real sources of anxiety in the life of a vulnerable individual. (See Byrne, 2009b)[4].

According to Richard Nelson-Jones (2001)[5]: “The goals of psychoanalysis include the freeing of impulse, the strengthening of reality-based ego functioning, and humanizing the super-ego’s standards”. (Page 45).

It seems to me that all of those goals can be encompassed within a general re-parenting process, in which the counsellor models: (1) a sense of spontaneous functioning; (2) a scientific (or fact-based) curiosity about options and lifestyle choices; and (3) a more realistic (though still moral) approach to moral issues, rules and standards. And out of this process comes, not just a ‘reformed story’ of the life of the client – which is much less disturbing that the ‘old story’ – but also a more secure sense of attachment to the counsellor than the client had been able to achieve with their biological parent(s), or parent substitutes!

To satisfy those goals, there is no need to ‘analyze dreams’, check on ‘slips of the tongue’, or ‘analyze the transference’ between client and therapist.

One of the main vehicles through which those goals can be achieved is the discussion – in counselling sessions – of the client’s story, or stories, or narratives – implicit and explicit.

Another of those vehicles is teaching the client a philosophy of life – like that contained within the Six Windows Model – (Byrne 2009c)[6].  This allows them to re-think, and re-frame, and reinterpret their childhood and other earlier life experiences, so that those experiences become less disturbing.

During all these encounters between the counsellor and client, the counsellor provides what is called ‘external affect regulation’ – which helps to modulate the client’s moods and emotions, upwards or downwards, as required. (See Daniel Hill’s book on Affect Regulation Theory)[7].

And yet another vehicle is the process of ‘completing earlier, traumatic experiences’, so that they can lose their ‘electric (or painful) charge’. (See my paper on this subject)[8].

In all of this work, I steadfastly avoid ‘blaming the client’ for their disturbed emotions.  I do not blame their ‘phantasies’, or their ‘beliefs’, or their ‘choices’, or their ‘automatic thoughts’.  Instead, I believe they are largely non-conscious creatures of habit, as they were when they were shaped by their childhood carers. And I believe that what was once badly shaped by their childhood experiences, can be more constructively re-shaped in counselling with me today!

So, although I am a good analyst, I prefer to be a potent re-parenting figure. A potent, external affect regulator.  A powerful communicator, who knows how to focus on thinking with one client, feeling with another, and behaviour with yet another; depending on their ‘personality adaptation’. (See Joines and Stewart, 2002)[9].

That’s all for now.

[1] Byrne, J. (2009a) A journey through models of mind. The story of my personal origins. E-CENT Paper No.4. Hebden Bridge: The Institute for E-CENT. Available online: https://ecent-institute.org/e-cent-articles-and-papers/.

[6] Byrne, J. (2009c) An introduction to the ‘Windows Model’ of E-CENT.  E-CENT Paper No.3.  Hebden Bridge: The Institute for E-CENT. https://ecent-institute.org/e-cent-articles-and-papers/

[9] Joines, V. and Stewart, I. (2002/2008) Personality Adaptations: A new guide to human understanding in psychotherapy and counselling.  Lifespace publishing: Nottingham and Chapel Hill.

2 thoughts on “Attachment theory and psychoanalysis for counsellors”